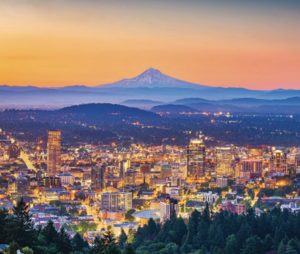 I spent my first 18 years of life in the Portland area, and seven years after that until my early thirties when I came to Sisters, Oregon to publish the local newspaper.

I loved Portland. For years I said Portland was like a well-worn leather jacket I could slip into any time and it still fit just fine.

That hasn’t been true for more than a decade, and certainly not in the 2020s. At the beginning of June I visited the city, taking 405 downtown and exiting at Everett Street, close to where I used to live in Northwest Portland when I waited tables at a couple of the finest restaurants in town, The Ringside and Jakes Famous Crawfish.

The scene at the Everett Street exit hit me like a bucket of water thrown from a second floor window. The tents, the trash, the squalor were like nothing I’d seen in person since I travelled through India. Portland had become a third world experience. I was devastated.

I started to write a letter to the Willamette Week newspaper that began, “Seriously, Portland?” But I didn’t finish it because I didn’t have anything to offer beyond my shock and disappointment, really. I had no solution, besides, “Don’t do this to yourself! You’re beautiful! You have a future!” The same advice I’d give a friend sliding back into addiction, sores on her face and angry, dripping lesions in her arm.

Then came the death of George Floyd, and more than 50 days of protests, what some call riots, and the abdication of leadership by city managers that has been taken advantage of by punks. And now, that has been followed by the invasion of Portland by federal agents using what are probably illegal tactics, pulling innocent people off the street without cause and beyond the stated mission to protect federal buildings.

But I’ll let others, who know far more than I about the law, debate the constitutionality of those actions. I think sending in federal agents, whether Trump’s idea or Barr’s, is a bad move for other reasons, and they should clear out and let Portland be Portland, let the city find its own level, let the policies of the mayor and city council play out to their conclusion.

Like any addict, eventually the city will hit bottom. Those in charge at that time will have to make hard decisions about what to do about homelessness, loss of opportunity, eratic law enforcement, financial ruin and finally, whether to look up, buck up, or give up. Portland is not healthy, and will soon be on life support.

A friend of mine was once powerful in the Portland area financial scene, and later a major developer of the Pearl District. The last time we met, he was lamenting the anti-business bias in Oregon in general and especially the city he called home, and said there would eventually be an exodus of investment and talent.

More than 50 days of protests, what some have called riots, have likely accelerated that process. It does not matter if the vandals, arsonists, and thugs are merely a small minority creating chaos within a legitimate protest movement. In a free society, those who can move eventually will move to places where streets are safe, where stores don’t board up windows or shut down in bankruptcy.

Yes, the death of George Floyd should be a catalyst for change. Yes, police brutality is a fact and the culture of Portland Police could use a thorough cleaning. That might more quickly be solved by pay raises, higher standards and accountability, as opposed to defunding the police. We’ll leave that conversation to another day.

But violence is not the answer to any social discord, whether in protest or counter protest. Violence and destruction are too damn easy, not sustainable, and turns people you need against your cause.

Trump sending in federal troops in anonymous uniforms and unmarked vans will end in failure and they should leave, by court order if necessary and damn soon, hopefully before death and more destruction. Protesters need to focus on their message, learn from Martin Luther King and Gandhi, and show responsibility to the community whose attention they are trying to attract.

The 50 days of protest, what some have called riots, is Portland’s problem in the final analysis, and fittingly a liberal’s problem, in my opinion. But Portland has sores that have been festering for a number of years. We now simply see a bit of gangrene that could have been prevented by better interventions a long time ago.

Hopefully it’s not a fatal condition for a city I still want to love. 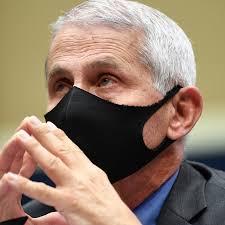 This is how a Republican shows he is morally bankrupt:

“Mask-wearing has become a totem, a secular religious symbol,” one Republican strategist told The Washington Post. “Christians wear crosses, Muslims wear a hijab, and members of the Church of Secular Science bow to the Gods of Data by wearing a mask as their symbol, demonstrating that they are the elite; smarter, more rational, and morally superior to everyone else.”

Not only does this “Republican strategist” denigrate religion, by comparing the wearing of a COVID mask to a Christian Cross or Muslim hijab and, one assumes, also a Star of David; he (I just think women are smarter than this) misrepresents the reason why most of us who wear masks do so.

Let’s make this personal. He claims I belong to “the Church of Secular Science” without a clue as to my faith or affiliation. Then, claiming I “bow to the Gods of Data” proves he does not believe in science nor in data. In other words, he prefers ignorance and being uninformed.

Then Republican Strategist claims I wear a mask to show I am “the elite; smarter, more rational, and morally superior to everyone else.”

This is utter bullshit, but similar bullshit pours from the mouths of other Republicans eager to reflect the ugliness of Trump, giving us a pandemic of president pandering. I am sick and tired of this divisiveness, of men like this spreading lies about what I think, about what I think about my neighbors.

So let me clear this up. Here are the reasons I wear a COVID mask:

It’s not socialism, nor dictatorship, nor about being superior. It’s just good citizenship based on good medical advice. Got that?

To the Republican Strategist who demeaned me, my faith, the various faiths of my fellow citizens, my integrity, and my morals, I extend this invitation: Take your greasy, manipulative lies about me and my intentions, wrap them in the COVID mask you obviously don’t use for its intended purpose, and shove the whole wad up your ass.

Your flatulent ethics are poisoning America.