“You have to make a choice,” I told my daughter again, acutely aware of how many times I’d told her already, as if by sheer repetition the message might overwhelm whatever fear or reluctance that was holding her back. 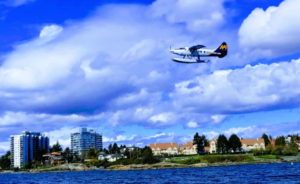 “You need to have a plan,” I said. Again. She didn’t need another college degree, she needed a job. To jump into the river and become part of life’s flow toward whatever her future held.

“More school by itself is not a plan.” She’d heard that before, but thankfully did not roll her eyes. She’s such a good person, and so capable, I did not doubt that future would be bright. I just needed to convince her.

“I’ll help in any way that I can, but I won’t help you stay stuck in Central Oregon. I wouldn’t be doing my job,” I said, not for the first time. We’d just moved her sister to a house in Portland, she and her mother and her sister and I. From there I headed north toward the boat, with a stop in Port Townsend, always one of my favorite towns.

It was cold and windy, though, and walking about was hard in the chill off the water. After an expensive night’s sleep on the top floor of a Victorian era hotel where I slept in a room named after Miss Pearl, a prostitute who lived and loved a hundred years ago, I drove on to Anacortes and took a ferry to Friday Harbor where I’d left Foxy almost two weeks before.

When I woke on the boat on Sunday, the day was surprisingly benign. I checked the weather online, listened to the NOAA broadcast and made a quick decision to head down the Strait of Juan de Fuca to Victoria that morning, instead of waiting out the next storm due on Monday, which had been my plan.

The boat came together easily, so I cast off at about 10 am for a calm three and a half motor/sail to Victoria.  Foxy and I were well on the way out of Friday Harbor on the ebb tide, doing almost 10 knots down San Juan Channel to the turn at Cattle Point into the strait.

It was a bright and lovely day, little to do but look out for logs and watch for orca. I took a “project inventory” of what had been done on Foxy over the winter, and what remains to be done. It had been a productive, if expensive, winter.

There’s a new house on the boat. It improves life even more than I thought it would, providing another living area that is dry and bright, important up here in the Pacific Northwest. In southern waters, should I ever get there, the walls will come off and it will provide plenty of shade.

I’d just had a new fuel filter system installed in Anacortes. One wouldn’t think much technology goes into a fuel filter, a can of pleated paper, but new designs make changing them easier, with much less mess in the bilge and potentially in the environment.

I had the engine flushed at the same time; the silicate had dropped out of the coolant and collected in the bottom of the catch bottle. I realized it had been a few years and the previous job was only a partial flush because it’s hard to get a diesel engine up to operating temperature on the dock, heat necessary for the flush to do a full job..

I’d built the framework where the solar panels now hang, 1,080 watts of power to charge the batteries, and now the panels are properly wired. There’s a new wireless radar on the mast that works just as advertised, and the old one that shaded the solar panels has been sold, albeit for a pittance. The dinghy motor runs after the winter lay-up. Love them two-strokes.

The automated identification system (AIS) is installed and operational. I knew I needed one when, coming south from Alaska two summers ago, Irish and I hit that storm off the coast and a trawler suddenly appeared that I couldn’t identify and did not know if it was dragging long lines across my course.

Now I post my AIS location on Facebook when I take off from someplace, not so much because I think anyone cares that I’m out and about as to give authorities a place to start looking if I don’t show up. That’s assuming someone would be expecting me. I may need to work on that system.

There’s a new and yet another battery monitor that works with the solar panels and also gives me more information about, and maybe some control over, my batteries.

I wish I was a better electrician, but I’ve changed out the fluorescent lights in the galley and head (bathroom) for more pleasant LEDs that sip far less electricity; added a light to the pantry so my old eyes can see the difference between oats and brown rice, each in a container with a green lid, and avoid unpleasant surpises before coffee in the morning, and I added another light to the engine room so I don’t have to juggle a flashlight with my teeth to check the oil and water.

I own one LED not yet installed for the master stateroom and three more for corners in the engine room. I need two more after that, one for the closet where the life jackets hang and another for the aft stateroom. That should be good enough. We’ll see. It’s a boat.

Still not done is replacement of the propane system. That’s the last of this winter’s major projects. The hose that runs from  tanks in the stern locker is 30 years old and cloth covered, and the plumbing of that, like most of the other plumbing on the boat that I’ve removed, redesigned and reinstalled, was not done very well.

I have to change the position of the solenoid that, with a switch in the cabin, cuts off the gas. While I’m at it, I should probably swap out the old pressure regulator and old pressure gauge.

It took a week to get hold of the man I’d hope would do this work, but he’s has to fix an expensive boat that hit a log crosswise at 25 knots, damaging a whole lot below the waterline. So I’ll probably do this one myself. It may be propane, but it’s just plumbing, right?

I dropped the old lifelines off at my chandlery to be remade, tough new stainless lines around the deck to replace old vinyl covered ones that had at least a few cracks where corrosion was seeping through the covering. Lifelines are not something you want to fail when you put your weight against them, intntionally or because you lost your footing.

Oh, as soon as the weather warms a bit and I can sit comfortably on the foredeck, I have to polish the cones on the anchor windlass so the anchor falls to the bottom at a controllable rate. And install my wireless windlass control, so I can put the anchor down under power or pull it back up while I’m at the helm in back, with steering and throttle controls. That’s a consideration when single-handing a boat out in the bays and anchorages.

This is all part of the plan: Prepare the boat for this summer, and maybe next winter, too. After March surprised Central Oregon with 30 inches of snow in three days, I do NOT want to spend another winter there. No. Just no.  Maybe Mexico.

When I pulled into Victoria, docking was bit tricky. The wind pushed me away from the dock, and when neighbors came to help, I gave very poor instructions. It’s different looking down at the lines than standing on the dock looking at the boat, and I communicated poorly.

There was no damage, it was all good, but I hate being incompetent and had to give thanks and make some apologies for asking the impossible. This being Canada, apologies were gracefully accepted.  I still need to come up with a better plan, and maybe shorter lines, for docking in difficult conditions.

Afterwards, when I was sitting back with coffee, I checked in with Irish to make sure she was okay after traveling back from her dance contest in Indiana. She surprised me with news that she was getting another dog the next day, a puppy.

It was an arrow well placed. I hate it when significant news is kept from me, even when it doesn’t directly affect me. A little hangover from an unpredictable childhood, I suppose, but I had no right to question her decision, and Irish pointed this out. And that caused me to ask, what the hell, why is this an issue for me?

It took an hour or two. Her desire for a dog has been deep and long standing. Keeping her from getting a dog was a major guilt of mine last summer, when we were still together. She brought it up often, but a dog, and those responsibilities, weren’t part of the plan.

It wasn’t the tipping point in our breakup, certainly, my guilt not the dog, but it was a factor. It was something she wanted so badly, and she’d suffered so much. And I wanted a dog pretty badly myself, since I’d lost mine in the divorce, but I’d made a choice and had a boat, instead.

Her being able to get the dog she wanted should have brought me joy, but instead made me feel lonely, small and selfish, because it highlighted, or underlined, the fact that she’s not here in Victoria, and I haven’t had a dog in a good long time, either. Now that I write this, I think my childish reaction came from the realization that by acquiring this dog, she is finally ready to move on, as I have urged her to do often enough. Now I am proud of her, happy for her, but still miss her, too. I’m allowed my contradictions.

Decades ago, when I was chasing adventure around the world for a couple of years, I wrote my father that “Loneliness is the price of freedom.” Sometimes the choices are not easy, even the ones we put off as long as we can. We still choose. That’s what I’m trying to tell my daughter, we choose even when we don’t, even when we hide from the consequences.

It’s all good, I told myself after a day or two.  I’ll get the propane locker plumbed and the tank refilled, and I’ll fix the BBQ while I’m at it, install the new lifelines, and then I may just take off. That’s a decision I can make, after all.

There’s no reason to overstay in Victoria, as much as I love this place, when there are places I haven’t yet been. As I used to say, what seems like long ago, it’s time to Rock and Roll.