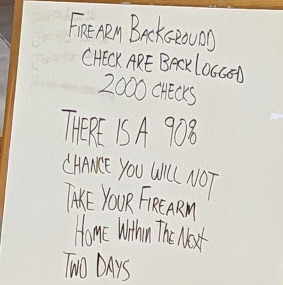 Three weeks ago today I headed back up to Canada. I needed to prepare the boat for her trip up the Strait of Juan de Fuca to Anacortes in Washington state, where work was scheduled to be done about a week later. It was pleasant in Victoria, even without my car. The city is beautiful, I worked on the boat, enjoyed the nearby restaurants, went to the gym, rode my wheel.

I read news about the Corona virus, about a death in a Seattle nursing home, but it all seemed far away.

A nice weather window opened up a day earlier than I planned, and the trip up the strait was uneventful. After three nights in a marina, Foxy was hauled out of the water and put on stands to paint the bottom and install a new depth, speed and temperature sensor compatible with modern electronics.

I stayed on board the boat, despite the occasional 33 degree F weather and winds that howled through the rigging.The Corona virus, hitting San Francisco and then Oregon, still seemed far away: I could shop at Safeway without enduring lines too long, buy a coffee at Starbucks and sit and read the news.

Work on the boat lasted a little longer because of weather and by the time Foxy was back in the water, travel restrictions between the U.S. and Canada were being discussed. There were rumors that ferry schedules were changing. If I took Foxy back to Victoria, if Canada would even let me in, travel back and forth was going to be difficult. So I took the boat to Friday Harbor instead, and drove back to Oregon about three weeks after I left.

The world had changed.

With California under an order to “shelter in place,” I went to Costco Saturday morning for food that would last me a few weeks if need be. I was in a lane one away from where I needed to be to make a turn so I accelerated quickly, but the car next to me raced to block me out instead of letting me in. Hmmm.

At 9:30 in the morning at Costco, people were pushing carts piled with toilet paper and paper towels out the door. Inside, there was no hamburger or toilet paper left. I bought a jar of peanut butter, some eggs, bricks of cheese, a few steaks I could cut in half, OTC medications I’ve come to depend on.

People weren’t functioning very well. Some would stop in the middle of an aisle and stare off, no doubt checking things off a mental list. I can’t carry all that in my head so my list was on paper. Others blocked an aisle while disagreeing with a warehouse worker who said that Costco was not in control of toilet paper shipments.

There was anxiety in the air, and I could feel it try to get to me. I wondered if social anxiety was more infectious than the virus. I made the decision to bury my frustration and pushed my cart around them, saying “excuse me.” Maybe too loudly. I had to accept that the changing world affected some more than others.

I went to Trader Joe’s for the oats I like to eat at breakfast, but there was a long line out the door, longer than I wanted to wait for a can of rolled oats. Instead, I walked over to Dick’s Sporting Goods to buy some simple dumbbells, since my gym is now closed. But Dick’s was closed too, except for curbside delivery.

So I went over to the nearby Sportsman’s Warehouse, thinking they might have some dumbbells. There was a line there too, but it seemed to move quickly, so I waited. As I got to the front, a sign said that ammunition purchases were limited to two boxes per customer, and they were out of 9 mm handgun ammo.

I thought about that for a minute.

You can’t shoot a Corona virus with 9 mm ammo. It just isn’t sporting, and there’s the possibility of collateral damage. So obviously, the run on ammo was in anticipation of social chaos. Did ammo hoarders think all those people who didn’t stock up would descend in clouds to steal their toilet paper? Didn’t ammo buyers have any left over from when they panicked and cleaned out the shelves when Obama was elected?

The fact that some of them seemed almost giddy at the prospect of social collapse made me a bit uncomfortable. It made me wonder if I had enough ammo at home. In that moment I knew social anxiety was contagious.

Maybe I’m still taking the world the way it used to be for granted, but look, I get it. A “shelter in place” is something we haven’t seen in our lifetime, and we’ve been left pretty much on our own to deal with it. The world has changed.

But still, the enemy is a virus, not each other, right? Everybody grabbing and hoarding and shooting are symptoms of social disorder that will make it worse, not better, right?

So I’ve had to slow down my defensive reactions a little bit. I’ve had to pause a second longer before I say something, or change lanes, or make judgements. Even that might not be enough. In fact, I may have to go out of my way to help someone else, a stranger perhaps, if they seem to be having a hard time.

Maybe that might be the strength of America, that we can put down our differences and give each other a hand when times are tough? I think I’ll give it a try.